Soon enough, these pandemic business loans will come back to hit taxpayers where it hurts 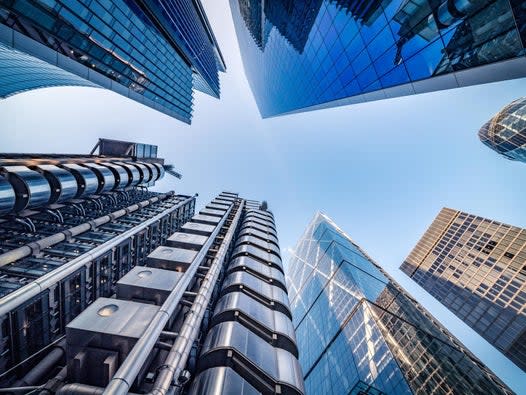 People live life in accordance with government legislation. Since the seventies, money has become cheaper and cheaper. For years the banks have sold business on offering more and more credit knowing that they would never lose out and continue to pay out massive bonuses.

Now these businesses have mounting debt on their books again (due to the financial situation caused by the pandemic) they may well be looking to the taxpayer for financial support in months to come if repayments fail.

We are told we are world leaders, yet our industrial base has suffered and many inventions have been sold to other countries, who develop and reap the financial benefit of products. We have become over-dependant on imports.

Our world-leading NHS has been neglected for decades. We are told it has coped through the pandemic, yet millions of appointments, operations, treatments have been cancelled.

A financial statement by the chancellor on Wednesday to help business and create long-lasting employment will be difficult. Jobs are being lost; re-training takes time and the country’s poor foundations will have an effect on the speed of recovery.

Financial and health crises are nothing new; we have experienced them over centuries. We have had enquiries, reviews, reports, and investigations into the outcomes. What a situation the country now finds itself in. Will lessons ever be learned?

The problem with making the financial institutions bail us out is that we end up paying in the end. Overdraft charges, mortgage and loan rates go up, charges for cash withdrawals and cheques are introduced, branches shut and work is transferred to more call centres. I prefer that the tax rate for the very high earner is increased. The Beatles were paying a 95 per cent supertax in the sixties and as far as I know, they didn’t go short. It has also been suggested that next year we don’t give MPs a pay rise, we clap instead!

On BBC Radio Four’s Front Row on Thursday, Philip Pullman expressed his view that our government is not fit for purpose. Samira Ahmed hastily interjected that this was just his view. Well yes, clearly. Mr Pullman was being interviewed, after all, and this “view” of his had a context. I then wondered whether, had an interviewee said that our government is doing a great job, Ahmed would have said, “We should be clear: that is just your view”. I know what I think.

Better chicken for all

It is undoubtedly great news that Aldi has committed to never selling chlorinated chicken or hormone-treated beef. However, this spotlight on their supply chain also provides the perfect opportunity to ask “what aren’t they committing to?” and “what more could they do?”.

Their current commitments contribute little to the welfare of the animals in their supply chain. For example, they have yet to sign up to the Better Chicken Commitment (BCC). This means that although they may sell some chicken that meets the BCC criteria, they still likely sell chickens which have been bred to grow so fast their bodies can’t keep up. These birds often suffer from diseases such as wooden breast syndrome and green muscle disease. Their lives are full of pain and misery.

In case you are unfamiliar with the BCC, it is a set of criteria developed by a group of leading animal protection organisations that aims to improve the lives of broiler chickens reared for meat. By prohibiting the use of fast-growing breeds, allowing more space and better living conditions as well as reducing distress at slaughter, the BCC eliminates some of the very worst problems inherent in the factory farming of chickens. Companies such as KFC, Waitrose and M&S have committed. But Aldi is among those that have not.

On Thursday, the presenter of BBC’s Match of the Day programme posed the question of whether footballers taking the knee continues to have force. I was heartened by Dion Dublin’s affirmative and forceful reply. I would add my wholehearted support.

It is salutary that sportsmen and women take the knee, whatever the sport, simply because it drives on the message to huge numbers of viewers. At very long last, we glimpse that the enlightened are winning in what should be normal, natural and entirely standard behaviour. At last, the informed young are turning out in their mixed thousands to emphasise the point that all racial intolerance, or even indifference, should cease – now and forever. How many times in the past have we dropped our guard on this matter, only to find after months, or even years, that the old devil intolerance is still making its presence felt? Away with it! Let it be ostracised by wholesome society in all corners.

Next year, we hope, the world will celebrate the Olympic Games, in which champions are celebrated for their sporting excellence. May it unfold with no hint of racial incident. Let the whole world take the knee and be seen to do so.

I loved Dave Brown’s cartoon in today’s (10 July) daily edition of The Independent, commenting on a half-baked summer statement from Rishi Sunak. I have only one criticism, Brown forgot to include a side dish of unbuttered parsnips.

What are the UK lockdown rules now?

How to ease yourself back into socialising once lockdown lifts

Which countries are seeing a second wave of coronavirus?

How to wear a face mask safely

Business ideas to start today with zero cash: The Standard