Should You Play this Video Games ETF? 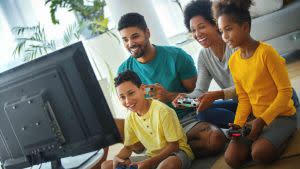 Video games aren’t just games. They are also TV content, judging by the millions of people who watched some 1.75 billion hours of streamed video-gaming programming on Twitch, the live-stream platform for gamers, just in May alone. They’re live events, too, with thousands of people showing up to watch top-level gamers face off in e-sports arenas. That makes video games big, big business. Consultant Research and Markets forecasts that the global video-game market will increase revenues at a 6.4% annualized rate between 2019 and 2024, when it will hit $179.1 billion in sales.

Global X Video Games & Esports ETF is one of a handful of funds that allow investors to cash in on that growth. HERO sports a tight portfolio of 40 firms involved in developing, publishing, distributing or streaming video games, producing related hardware, or operating e-sports leagues or teams. The fund weights holdings by market value, so the larger the stock, the more HERO invests in it. Gaming is global, and so is HERO; it has 71% of assets invested outside of the U.S.

The ETF will only invest in companies that derive at least 50% of their revenues from video game–related businesses. That means you won’t see tech conglomerates such as Sony and Microsoft in the fund. You will see graphics chipmaker Nvidia, whose products power high-end gaming rigs; Chinese internet and video gaming company NetEase; and familiar Japanese powerhouse Nintendo. “If it’s a leading company in the theme, we want to own that company,” says Pedro Palandrani, research analyst at Global X ETFs.