Inside the lavish lives of the billionaire family behind Boohoo, the fast-fashion giant called out in an investigation into workers being paid just $4 an hour at suppliers’ factories 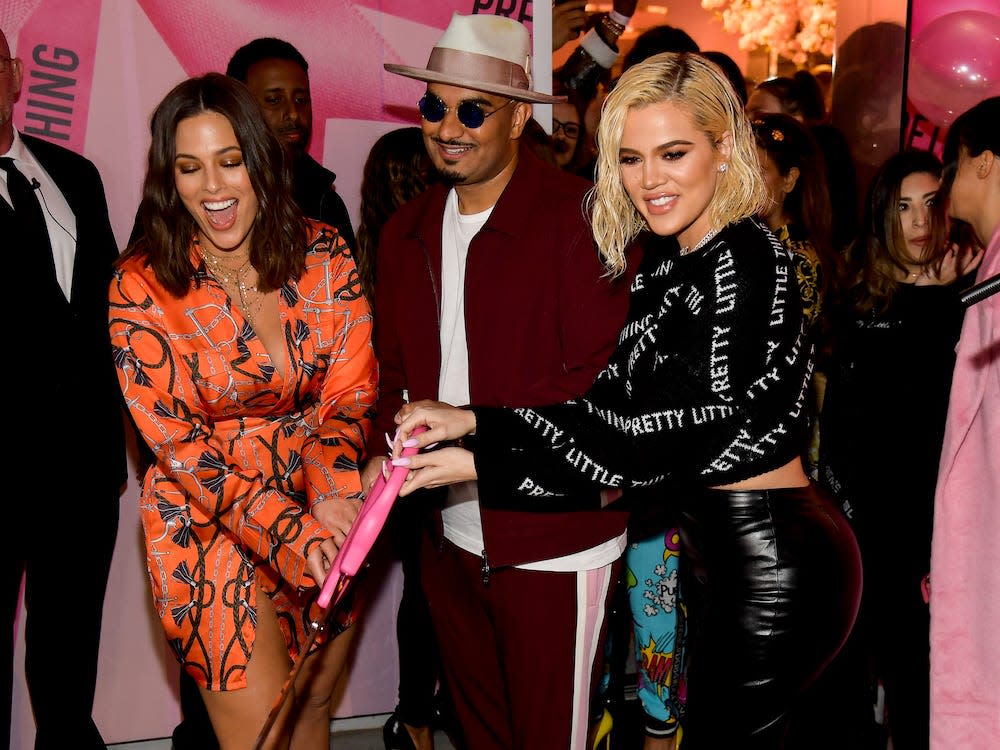 The rise of the Kamani family is frequently described by the British tabloids as one of the UK’s great “rags to riches” tales.

Mahmud Kamani, the patriarch of the family, is the 55-year-old billionaire behind Boohoo, the UK’s fast-fashion clothing company that has achieved explosive growth in the past few years and is considered to be one of the few retailers to have dodged the retail doom and gloom.

Kamani, who is now one of the most successful entrepreneurs in the country and has worked his way up the UK’s rich list to be worth just over $1 billion, started his career by selling cheap clothes to market stallholders and high-street brands in the UK (including H&M and Primark).

He went on to set up Boohoo with cofounder and designer Carol Kane in 2006, with the idea of cutting out the middle man and selling directly to customers online.

From the start, Boohoo’s business model was based around being ultra-fast and ultra-cheap; around 3,000 new styles are added each week across its core brands with an average price point of $17.

The human cost of its fast and cheap business model has come under intense scrutiny this month after a Sunday Times investigation found that workers in factories making its clothes in the UK were being paid as little as £3.50 ($4.37) an hour.

The company is now investigating this report and said that these factory conditions were “totally unacceptable” and “fall woefully short” of its standards.

Here’s more about the family behind the empire:

55-year-old Mahmud Kamani is the founder of Boohoo. He’s known for being a straight talker, likes to keep a low profile in the public eye and rarely speaks to the press.

Kamani stepped down as co-CEO to become group executive chairman of the company earlier this year, which according to The Times has only enhanced his power at the company.

Kamani’s wife, Aisha, makes up for this. While Mrs Kamani doesn’t have an official role at the company, she can regularly be seen at its fashion events…

…and partying with the many celebrities and influencers who have collaborated with or market Boohoo’s different brands.

The couple have three children: Adam, Umar, and Samir, who grew up in Manchester. Adam and Samir attended the now $15,000 a year private school, Cheadle Hulme.

The eldest sibling, Adam, worked for the Boohoo brand before cofounding fashion brand PrettyLittleThing in 2012 with his younger brother, Umar.

Photo by Cindy Ord/Getty Images for NYFW: The Shows

The company started out as an accessory-only brand but has since grown to become an apparel brand that’s targeted at 16- to 24-year-old women.

Adam has since pivoted to property and finance.

He runs Kamani Property Group, which specializes in commercial and residential real estate alongside KM Capital, a Manchester-based seed fund, that’s run as a private limited company. Adam stayed on a director of PrettyLittleThing up until 2017.

Up until 2017, Adam’s brothers Umar and Samir were both directors at the company.

Despite shifting his attention away from the fashion side of the business, he’s still a visible part of that world.

Along with his wife, Charlotte McHale.

In 2017, the couple hosted a three-day wedding in Lake Como.

The wedding was reported to have cost $1 million and was attended by multiple British reality TV stars and TV celebrities.

The pair go skiing in Whistler and made trips to Dubai, Paris, Ibiza, and the Maldives.

The middle son, Umar, continues to run the PrettyLittleThing brand. Boohoo took a 66% stake in the brand in 2017 and bought the remaining stake in May for £269.8 million ($336 million).

Analysts describe PrettyLittleThing as “the jewel in Boohoo’s crown.”

Its revenues grew $644 million in the fiscal year ending in February, which translates as a 38% increase from the previous year, where revenues were up 107%.

…and is heavily embedded in the fashion and celebrity culture that surrounds his brand.

He can regularly be seen at fashion events, hobnobbing with celebrities and influencers.

“It’s very easy to form an ego and get distracted by fame. I’ve nearly fallen into these traps myself but my number one desire is for this brand to blossom. It could become one of the biggest brands of all time, ever. I feel the hunger more than ever,” he added.

But despite his very public persona, he has insisted that he’s not in it for the fame.

“I get asked all the time: ‘Do you want to be famous?’ because I dress a certain way and I’m [moving] in certain circles,” he told The Guardian’s Zoe Wood. “If I wanted to be famous it would be very easy for me to do that … but I want to be respected for what I do.”

“I know my life looks glamorous on Instagram but I put up what I choose to put up. I don’t post pictures of my meetings or reading through data and speaking to America until 1am or 2am in the morning,” he added.

Samir, who has been romantically linked to British reality TV stars in the past, lives a similarly glitzy life to his siblings.

His Instagram page is littered with photographs with celebrities…

…and glamorous trips around the world…

But despite their lavish lifestyle, Mahmud and his three sons insist that hard work is still the priority.

“Some people like golf, others like football. I like work. People need a sense of self-worth and work provides that. Work is good for your soul,’ Mahmud Kamani previously told The Mail on Sunday.