Cannabis Was Deemed an Essential Business. So, Why Can’t the Industry Bank Legally? 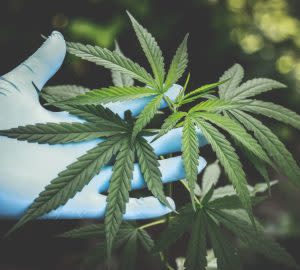 In a time of mass furloughs and layoffs, the cannabis industry has been classified as an “essential business” by over 20 states around the country and has provided non-addictive medicinal relief to patients and steady employment for Americans needing to provide for their families—not to mention, additional tax revenue for states and the federal government.

Despite this designation, the industry still does not have access to the federal banking system, forcing companies to conduct mostly cash-only transactions. Lawmakers in Florida and elsewhere have formally recognized that medical cannabis patients need to continue receiving their prescribed cannabis (especially given the uptick in anxiety and other mental health issues during the outbreak), but the federal government has failed to take the necessary steps to codify this into law. Sensible drug reform needs to be a pillar of the “new normal” architected from the current moment.

When the SAFE Banking Act passed Congress last fall, it was hailed as a historic victory for decriminalization activists. The legislation, which would allow cannabis companies access to the federal banking system, enjoyed bipartisan support and was expected to pass the Senate. But then the coronavirus pandemic hit and everything on the legislative docket entered a legal limbo, putting the industry in an awkward position as it was deemed “essential” in many states but largely unable to access the U.S. banking system.

Given cannabis’ classification as an essential business, the industry is in a unique position to employ even more workers and generate more taxable income. Unfortunately, the legal system in many states where cannabis is legal makes this difficult. U.S. cannabis companies employing U.S. workers and providing medicine to U.S. patients have to list their shares publicly in Canada instead of on Wall Street and cannot meaningfully access the U.S. banking system. Canadian cannabis companies, however, can list and bank in the United States. This makes zero sense financially or politically—and is hindering American cannabis businesses from continuing their growth.

Even worse, imagine you’re someone convicted of a minor drug related offense, which you have to report when you’re applying for employment, and suddenly companies are opening up dispensaries declared “essential” businesses alongside medical care. Underlining the national protests is anger at a failed criminal justice system disproportionately affecting the Black community, yet every single day Americans are still forced to live with Scarlet Letters affixed to their records for cannabis-related convictions when cannabis is now legal in over 33 U.S. states.

All of the support that the cannabis industry has received during the coronavirus pandemic has highlighted how flawed the legal system in this country is. But realizing something is only the first step; we must also act. In light of COVID-19, lawmakers in the Senate need to reprioritize the SAFE Banking Act, while introducing new legislation that makes it easier for cannabis businesses to do what they do best: Employ American workers, help medical patients and grow the U.S. economy.

Brady Cobb, CEO of Bluma Wellness, is an attorney, strategist and consultant based in South Florida who focuses his practice on state and federal lobbying and policymaking, the development of regulatory systems and compliance.

The post Cannabis Was Deemed an Essential Business. So, Why Can’t the Industry Bank Legally? appeared first on Worth.